Should you buy a business vehicle before year end? 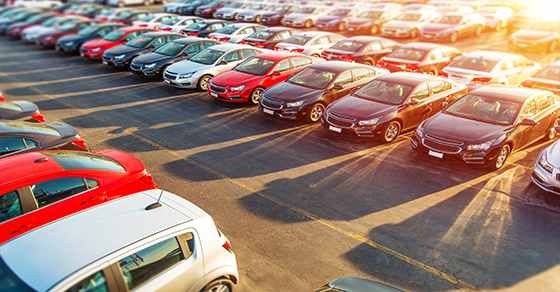 One way to reduce your 2017 tax bill is to buy a business vehicle before year end. But don’t make a purchase without first looking at what your 2017 deduction would be and whether tax reform legislation could affect the tax benefit of a 2017 vs. 2018 purchase.

Business-related purchases of new or used vehicles may be eligible for Section 179 expensing, which allows you to immediately deduct, rather than depreciate over a period of years, some or all of the vehicle’s cost. But the size of your 2017 deduction will depend on several factors. One is the gross vehicle weight rating.

The normal Sec. 179 expensing limit generally applies to vehicles with a gross vehicle weight rating of more than 14,000 pounds. The limit for 2017 is $510,000, and the break begins to phase out dollar-for-dollar when total asset acquisitions for the tax year exceed $2.03 million.

But a $25,000 limit applies to SUVs rated at more than 6,000 pounds but no more than 14,000 pounds. Vehicles rated at 6,000 pounds or less are subject to the passenger automobile limits. For 2017, under current law, the depreciation limit is $3,160. And the amount that may be deducted under the combination of Modified Accelerated Cost Recovery System (MACRS) depreciation and Sec. 179 for the first year is limited under the luxury auto rules to $11,160.

If tax reform legislation is signed into law and it will cause your marginal rate to go down in 2018, then purchasing a vehicle by December 31, 2017, could save you more tax than waiting until 2018. Why? Tax deductions are more powerful when rates are higher. But if your 2017 Sec. 179 expense deduction would be reduced or eliminated because of the asset acquisition phaseout, then you might be better off waiting until 2018 to buy.

Also be aware that tax reform legislation could affect the depreciation limits for passenger vehicles, even if purchased in 2017.

An additional consideration for individuals to consider is the credit for a plug-in electric vehicle. Buying one before year-end could yield a tax credit for up-to-$7,500. We'll need to see what passes, but there there is the possibility that this credit could be eliminated in the future with tax reform.

These are just a few factors to look at. Many additional rules and limits apply to these breaks. So if you’re considering a business vehicle purchase, contact us to discuss whether it would make more tax sense to buy this year or next.